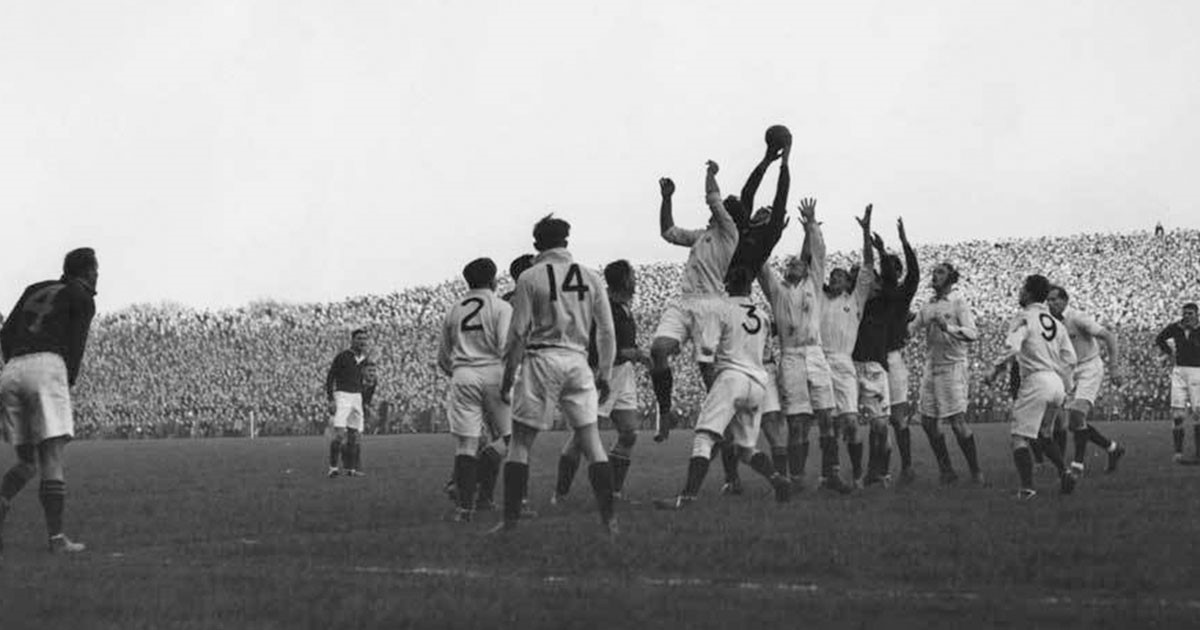 The 1951/2 Springbok team on tour to the UK is still today regarded as one of the best Springbok teams ever. The first test match was against Scotland and it was South Africa’s first rugby international in Britain for 20 years. Since it was against Scotland it also recalled the only test defeat to date of a Springbok side in Britain when Paul Roos’ team went down 0 – 6 to Scotland in heavy weather. Since that defeat South Africa drew with England in 1906 and won all their remaining internationals in the UK.

Scotland went into the match with some degree of confidence. The year before they had beaten Wales 19 – 0 and nine of those players were in the Scottish team again.

The record books show that Scotland got the biggest thrashing in the history of international rugby – a record that stood for many years. It was a complete rout – one of the finest all-round displays of rugby ever witnessed on an international field.

There was no score for the first seventeen minutes of play, but in the next hour the Springboks scored seven goals, two tries and one dropped goal, without even a suggestion of a reply from the disconcerted Scots. The former Scottish international had this to say: “Never have I seen such a superb pack of forwards. This side has restored the full grandeur of Springbok rugby”. 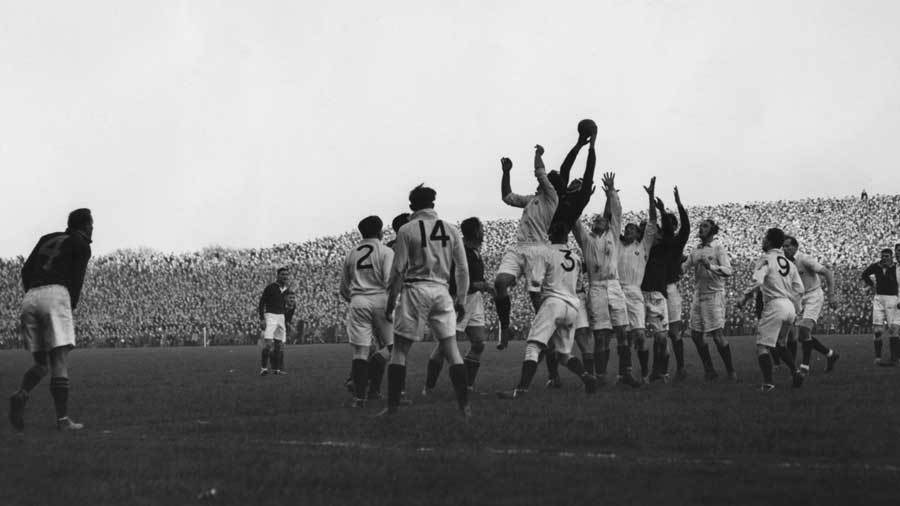 The Springbok pack took immediate command of the forward battle, but Brewis plugged the touchline until his backs had found their rhythm. Then he set them in motion. The 70 000 crowd was treated to a display of forwards and backs tearing down the field in handling movements that was something to behold.

From a line-out won by the Springboks, Stephen Fry received the ball from Salty du Rand who send Buks Marais away. He passed back to Fry and thence to Du Rand who scored the first try of the match. From the kick-off the Springboks started a hand-to-hand movement which took them to the Scottish line. A scrum was formed from which the ball travelled to Brewis, Lategan and Van Schoor for the latter to cut through the inside gap to score a try which was converted by Geffin.

Not long after this the Springbok three-quarters moved with clockwork precision and Lategan kicked a short one. Chris Koch appeared from nowhere and dribbled the ball to try-line for and score. Geffin converted again. A left-footed drop by Brewis took the score to 19 – 0 at halftime. 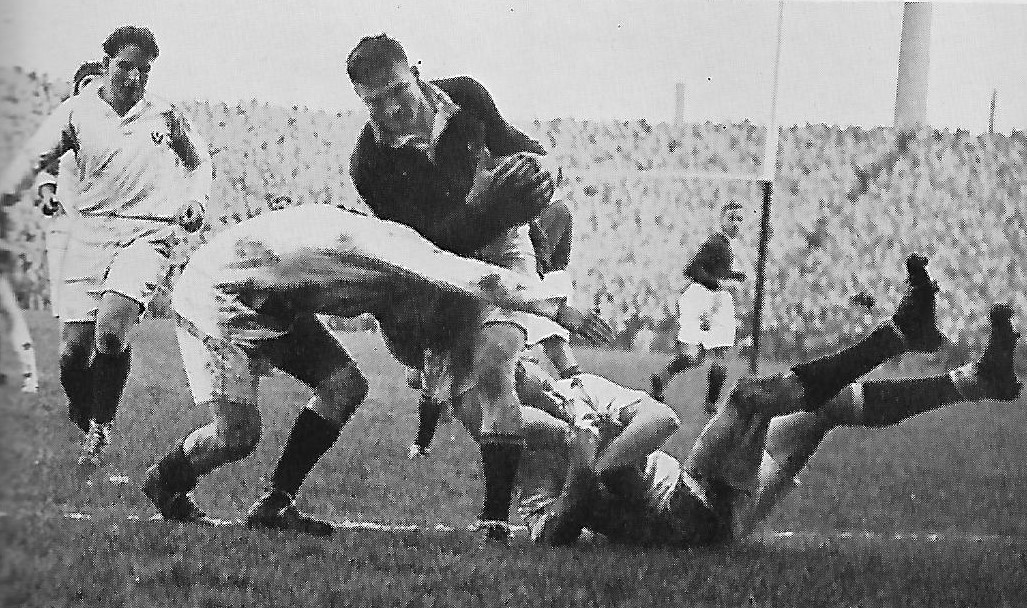 Shortly after the resumption of play the Springbok forwards got away with a hand-to-hand movement culminating in Willem Delport beting two defenders to score a try converted by Geffin. Hennie Muller, Stephen Fry and Basie van Wyk often ran like backs after successful break by one of the three-quarters. This resulted in another try by Basie van Wyk converted by Geffin.

Shortly after this the Springbok forwards wound their way through the Scottish defence and the same trio got away for Hennie Muller to score. Geffin’s conversion took the score to 34 – 0. From the kick-off the ball was kicked to the open side  where Van Schoor picked up to send Lategan away on a 50 yard run before scoring, Geffin once again converting. The last try came shortly after this when virtually the whole Springbok team handled for Dinkelmann to score in the corner. Geffin’s conversion brought the final score to 44 – 0.

If the game was played today the score would have been 62 – 0. It is not possible to single out individual stars; it was a superb team performance in which forwards and backs combined magnificently in a display of scintillating running rugby that would be talked about for many years to come.  Hannes Brewis was however dictating play like a real general. Chris Koch scored twice and seven other players got a try each. 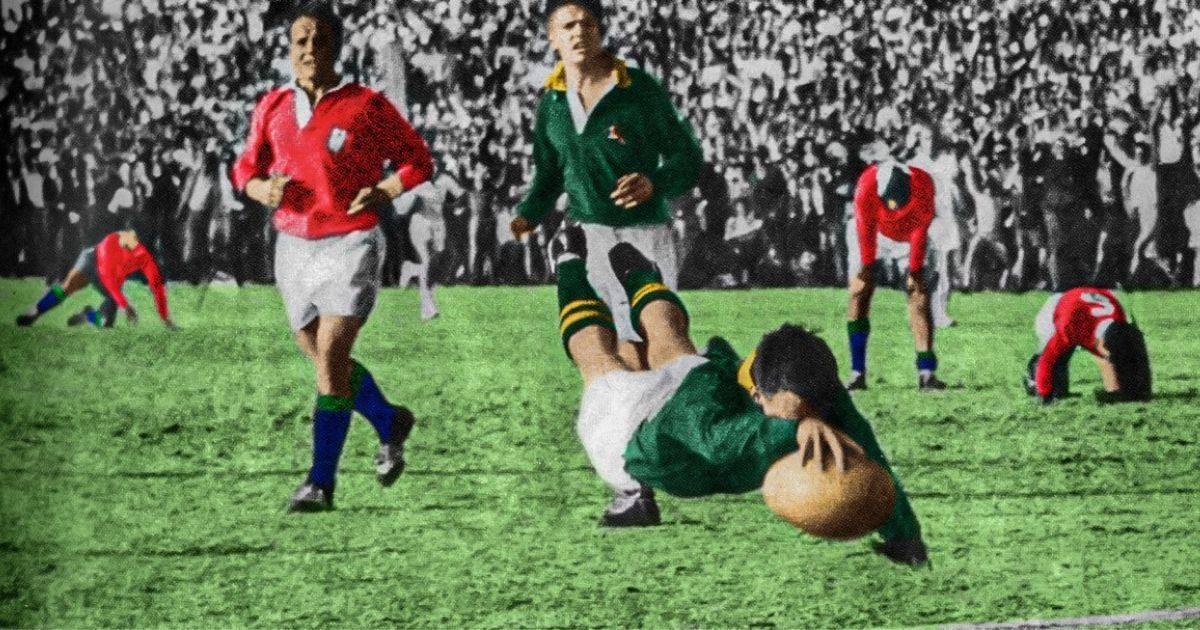 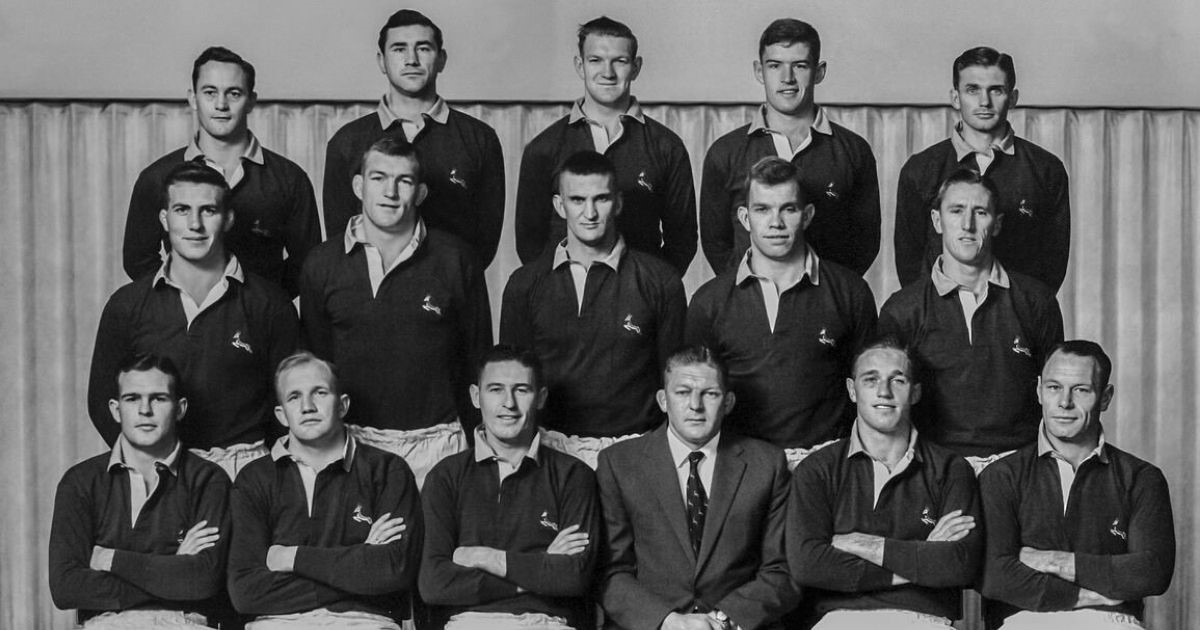 Beating the All Blacks 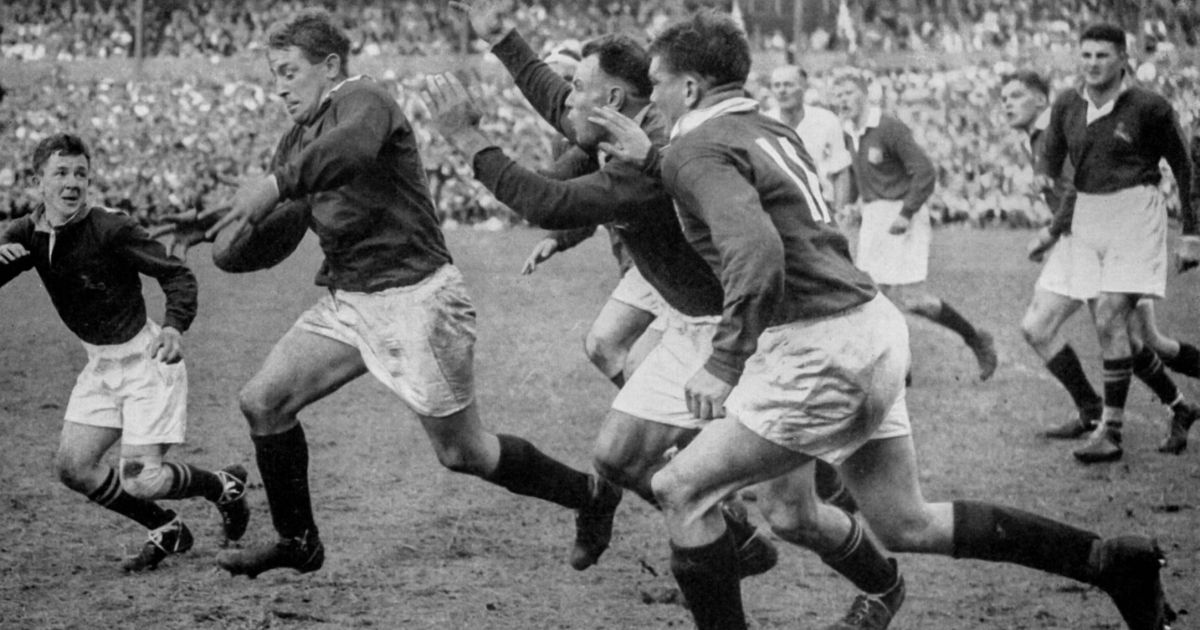