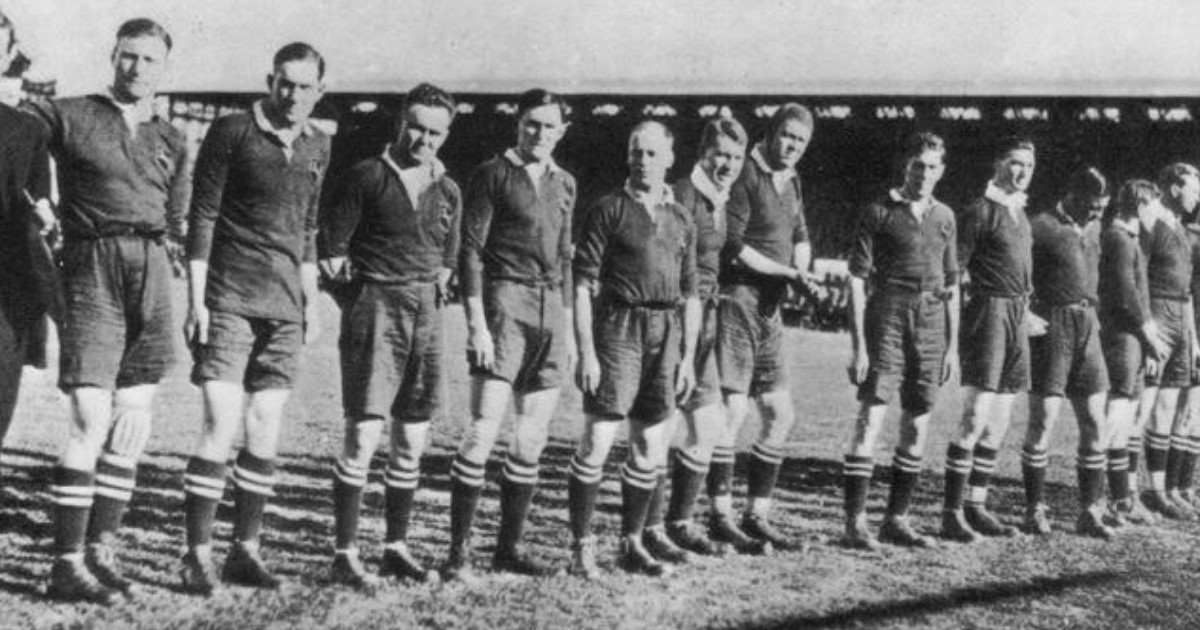 During the initial years of South African rugby, forwards did not specialise in any position. The first players to arrive at a scrum would pack down in the front row and the rest would take any available position. Specialisation however slowly developed with the game so that by the 1930’s we had recognised front rowers, locks and loose forwards.

Some of these all-round forwards were remarkable players in their day and it is interesting to speculate how they would have fared in today’s modern game. Even though they were not as big as the 21st century giants, it is safe to assume that the modern training methods would have allowed them to also excel at modern rugby. They were also as hard as nails.

One of the first super-Springboks was Barry Heatlie, also known as “Ox” and “Fairy” to his team mates. He did not play any rugby until he was 17 years old and a year later he was selected for Western Province. He got his first cap for South Africa at the age of 20 in the third test of 1891. In 1896 he captained South Africa against the British Isles in his country’s first win over an international touring team, although they lost the series.

In 1903 he lead South  Africa again to victory in the third test to win the series.  He played 26 Currie Cup games for Western Province over 11 years and was never on the losing side. He was not only a big, strong, rough forward who took no nonsense on the field, but was also an inspiring leader with a sound all-round knowledge of the game. Without any doubt South Africa’s best forward in his era.

In 1905 he landed in serious financial difficulties and left the country for Argentina where he did much to establish the game. He also played for Argentina against the Brits in 1910. It is a great pity that he could not go on the 1906/7 tour to Britain. The legendary Oubaas Markotter described Heatlie as the best all-round South African forward he had seen. Barry Heatlie is also remembered for giving South Africa the green jerseys that became synonymous with Springbok rugby.

Paul Roos was the first Springbok captain to lead the Boks on an overseas tour – the 1906/7 tour to Britain. He was a big, strong forward for his time but will really be remembered for his outstanding leadership qualities and impeccable character – a man highly respected by everyone. Although he liked to play hooker, he could play anywhere in the forwards.

Dougie Morkel was a great, versatile and skilled forward and one of the finest long-range kickers for goal in Springbok history. He could kick for goal from well within his own half of the field in in the days when this was thought to be impossible.He played in two tests on the 1906/7 tour, two tests against the 1910 British touring team (when he also captained South Africa), and in all five tests on the 1912/13 tour.

Boy Morkel was undoubtedly one of South Africa’s finest forwards and an exceptional leader. He first played for South Africa in 1910 against the British touring team, and then against Britain and France in 1912/13 where he made such an impression that the British press named him “the Prince of Forwards”. He was probably the best forward in international rugby at the time. The First World War then deprived the international rugby world of the talents of this exceptional player. In 1921, at the age of 35, he was recalled for the first Springbok tour to New Zealand and captained the Boks in all three tests.

The 1921 tour to New Zealand also saw the emergence of one of South Africa’s finest forwards ever: the exceptionally strong, fit and intelligent Phil Mostert. He had remarkable pace for a forward, good hands and feet , could dribble the ball like few others, and could play anywhere in the front row: tight head, loose head or hooker. He was not shy to drop for goal; in 1928, for example, he dropped a 40 yard goal from a mark against the All Blacks, a feat few forwards can repeat today.

Phil Mostert was often regarded by international opponents as the best forward in South Africa. He was also an inspirational leader and was given the captaincy against the 1928 All Blacks. It was generally expected that he would lead the Springboks on the 1931/32 tour to Britain, but the job went to another remarkable leader of me, namely Bennie Osler.

Mostert was first chosen for the Springboks as a young and unknown player when he was included in the 1921 touring side to New Zealand. He emerged from the tour as South Africa’s best forward and was a permanent member of the South African pack until the end of the 1931/32 tour. A famous Irish forward regarded  Phil Mostert as the toughest of all Springbok forwards and had this to add: “He is the hardest thing to bring down, and I do not believe he can be knocked out”. Although Mostert was exceptionally strong and tough, he played the man and never retaliated when hit. Hence, he was also known as the “Gentle Giant”.

Theuns Kruger was a specialist hooker rather than an all-round forward. Kruger and Jan Lotz (who played for the Boks in 1937 and 1938) were undoubtedly our best hookers during the pre-war period  –  both world-class players and in their day the best in the world. Lotz was a powerful, tough forward and one of rugby’s great characters and one of the finest strikers of the ball in the scrum. He played for only two seasons for the Springboks, 1937 against the All Blacks and 1938 against the British Lions, before World War II brought his international career to and end at the age of only 27. By the time the Springboks to play again in 1949 he was unfortunately way past his best. After retirement he still served rugby as an administrator and selector.

Boy Louw was one of the greatest legends and characters of pre-World War II rugby. He first played for Western Province as an 18 year old against the 1924 British Lions. However, the young man had to wait until the 1928 All Black tour to gain his first cap for South Africa when he made the team for the last two tests. He was then only 22. He regarded his first test as the toughest game he ever played, but he never flinched one millimeter in a war of attrition. From then until the 1938 Lions tour he was a permanent feature of the Springbok pack. He also played for the Springboks in every position among the forwards, from hooker to number eight.

Boy Louw was exceptional in all aspects of forward play: scrummaging, line-out play, rucking, handling and running with the ball. He was exceptionally strong, tough, rugged and hard with a natural flair and talent for the game. He was also the “go-to-man” when a difficult opponent had to be sorted out. Although he never captained the Springboks, he always had a major say in the Springbok tactics – testimony to his great rugby brain. His passion for the game was legendary and later in his career he became known as “The Old Master” for good reason. After retirement he served Springbok rugby as a referee, administrator, selector and coach.